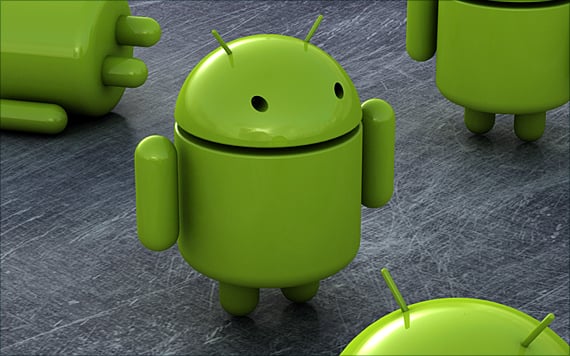 So as I mentioned I have a new Android phone (a HTC Wildfire) and it’s all being rather nifty. And as most of the Apps are free I’ve been grabbing dozens of them and having a play around. Here’s a list of some of my current favourites.

AppBrain – Should be installed asap. Also get an account, sync up and viola

Barcode – Barcode n QR code scanner. Get this one before or right after Appbrain. You’ll be using it a lot. Mostly for getting new apps.

Advanced Task Killer – Android has an annoying habit of leaving apps open. So this is useful. Especially if you don’t have too much RAM.

Thick Buttons –  Keyboard replacement. Since Swype is in Beta this is the current one I’ve settled on. It guess what you’re writing and makes the appropriate letters bigger and shrinks the crapper ones. Good if you have clunky fingers like me. Layout could do with a few tweaks (default HTC one for example will swap in ‘.com’ and ‘@’ to the main page when in a browser or putting in account details.)

Unified Remote – Requires installing a program on your PC, but once does it is piss easy to set up (especially compared to the XBMC app I played with). Controls a variety of programs as well as kb/m (though only one at a time, so no games)

HardCopy – You need a Instapaper account, but they’re free. I liked this one because it meant before setting out on the bus I could stock up on a couple articles, sync up and have something to read on the journey to my mums. There’s other Instapaper apps but this is my current fave.

Blizzard Authenticator – I don’t really play WoW, but I’d imagine a few of you do. So I thought I’d make people aware of this. Could be very handy if you’re not looking to get your account hacked.

Jewels – It’s a Bejewelled clone. It fills in time. Is free. It’s bejewelled. Not much more to say.

Disk Usage – This one has come in quite handy as my first few days of ‘download every app to try out’ apparently really ate into my internal memory. So good to have on board to keep an eye on things.

Note Everything – Simple note app. I have Evernote too which deals with syncing up. But this is quicker to set up and get going. Cleaner to read too.

Dropbox – It’s Dropbox for your phone. Not much more to say than that. It’s quite useful if you want to quickly throw up photos you’ve taken into the cloud. If you don’t yet have an account click this link to get one with 250MB extra:  Referral link

Kindle For Android – There’s a fair few free books, mostly old classics, hundred year old or so. I got it for Aesop’s Fables, good reading for my little sister. I wouldn’t use it full time though. Phone’s too small

Retrocalc – Calculator replacement. I just like the style, reminds me of the ones we had at school.

Shopper – A Google Labs app. Scans barcodes or DVD/Book/CD/Games covers to find prices and details. Good if you think you’ve found a deal in GAME only to find its £5 cheaper on Play.

DoubleTwist – Syncs with a desktop Android client. I got this because Lifehacker have banged on about them for a while and the App is currently free. The desktop client fucked up on importing playlists though. So I still used WMP to sync up music. It’s got a decent UI n widget.

Google Goggles – It uses the camera to initiate a google search. Personally it’s mostly for novelty value. But I guess it could have it’s legitimate uses. Maybe.

AndroIRC – IRC for android. I use it for the Kotakuites IRC every now n then. Handy to have but only if you use the IRC.

Seesmic – My Android Twitter client of choice. Does pretty much everything you need. Be nice if it hooked up to Seesmic on windows so they both new if I’d read stuff.

If anyone knows of many good Android Games, or even regular apps they feel worth sharing, just give a yell.